A test game to hone my skillz.

This game was an experiment in designing a room escape engine, so that future projects will be easier to create. Note! There may be some bugs :P

escape the room by finding items and solving puzzles.

NOTE: you can combine items by using an item on another item you're currently inspecting.

yeah - I love these games but they are unplayable as the items in the inventory are not clickable as covered by the tags for ;following' etc. Its a shame - seems like an easy fix

the fix is to zoom your browser out a lil

some one please tell me HOW DO I GET THE KEY OUT OF THE SINK :C

how do you go fullscreen

PLEASE how do I go fullscreen I cant play on browser because the tags in the corner!!!!!!!

I'm confused about what to do with the clock or the lamp the clock just keeps flashing 2:00 and the lamp doesn't seem to do anything but change colors. any hints? also I cant seem to get the face puzzle to work, I know its clue blocked but I'm completely stuck, im really enjoying this game but it would suck if I cant finish it :(

NVM I got it! (still stuck on face tho)

for those who are having trouble

@Nat, there is a bug (at least in Firefox) and this game is unsolvable. Like SkyCharger mentioned, once you activate the sundial, the graphic does not change and therefore you cannot interact with that puzzle or get any farther in the game. Perhaps we have to play in Chrome...

I played in Firefox with no such issue. Could you describe in a little more detail? Did the pointer thing not appear at all in the detail window? Was it only after backing out and zooming in again? Otherwise, how did you know that what you did was meant to activate it at all? (And in future I'd appreciate if you replied directly to the post so that I find out that you said something to me.)

Edit: Went back to test and I did get the sundial detail issue this time. After the sundial is activated, the part that sticks up will always be visible in the general view, but neither it nor its shadow are visible at all in the detail view. I still have to test how exactly this is clue-proofed, but since I knew that the shadow is meant to point to 12, getting the bug didn't keep me from progressing in the game. Currently editing all my comments to reflect this.

Edit 2: ...oh. More testing shows that the time puzzle isn't clue-proofed at ALL. So knowing those time codes allows you to skip half the game. Still can't figure out what causes the bug...

Edit 3: I tried to emulate the way I first played the game, looking at every detail window before I did anything and visiting random unrelated spots in between steps, including the sundial detail several times. I didn't get the bug, and not only that, but I found an actual existing magnet side view without the magnet. So either the game got updated, or the problem is caused by doing things too quickly.

Thanks for your reply. Sorry, next time I will reply to you so you see what I said. I tried to blindly click around the sun dial to no avail because I was hoping to somehow successfully solve whatever came next.  Couldn’t get it. Perhaps an update to the game broke it?

No, I'm pretty sure they didn't update it lol, I just thought that because the magnet disappeared and I was shocked. I think it's just a conditional code error that only pops up some of the time. Like I said, if you click around literally everywhere and take forever to get to that point, it seems to display it fine, and either way, if you know what it's supposed to say, you can enter the times code to finish the game at any time.

EDIT: I came back to test just a little more because of your reply, and I figured out EXACTLY what causes both the magnet and sundial problems. If you've visited those detail screens before they should be altered, they will be altered, but if you see them for the first time after triggering the alteration, they remain unaltered and you'll NEVER see the altered versions.
TLDR: Just click on the sundial and look at the face before you solve the puzzle to make the arm come up. Should solve the problem!

Oh cool! Thanks for the tip!

Gah, people, stop saying "bug, bug, bug" the game is FULLY PLAYABLE and FULLY SOLVABLE, it does NOT crash or send you to the wrong screen, and things like the magnet not disappearing in the side view are NOT BUGS! They're missing features that might have been implemented if the dev had remembered or felt like doing a little more in MS Paint, but the game is fine without them. Personally I think they add to the kind of sloppy, silly vibe which is very fitting for a game titled "MS Paint Escapers 0."

Edit: While I stand by what I said for things like side views that don't affect gameplay (i.e. the magnet), the sundial's hand and shadow being invisible in the detail window could be considered a bug. So I'm sorry for jumping to conclusions. If you restart the game and look at the sundial's face before solving the lamp puzzle, it seems to fix it. If you don't want to bother with that, the below message should allow you to bypass it (and also skip most of the game):

A bug isn't necessarily gamebreaking. This is a test game, and so bugs are to be expected, and positive feedback to the developer can be very helpful. Making the dev aware of a visual bug can be very helpful, as I can attest as someone who has worked on one or two games before. There isn't any need to get mad at people for pointing out something to the developer if they aren't being rude about it.

I understand, and I'm not against people pointing out things like that. It's just that most of the feedback seems pretty negative to me, and several comments seemed to imply, "my experience with this game was ruined by these inconsistencies." Anyway, for a game which I believe was created as an attempt to practice and improve the game creation process, such criticism should be made more along the lines of "here's something to watch out for next time," rather than describing things as "bugs," which is associated with an expectation of bug fixes. So perhaps I'm just misinterpreting, or I don't really understand how that word is used, but it really, well... bugged me.

Edit: I found the thing people described as a bug. I didn't get it at all the first time, and the magnet thing being the way it was led me to believe that the sundial thing was the same. It's not, and that could reasonably be described as a bug, so I'm editing replies.

sorry to say ,but it has a few bugs,as a lifetime escaper i was looking forward to this game at the start and i'm not talking about a few minor bugs like tread is fixed zooming in or the magnet still being there after you picked it up

Those aren't bugs, just oversights. They forgot to include alternate versions of the screens with those features altered. It doesn't affect gameplay or the flow of logic in the slightest.

Edit: There is a problem with the sundial which I found on a subsequent test. Restarting and looking at the face of the sundial before solving the lamp puzzle seems to rectify it.

I'm sorry, but if you didn't make the game you don't know what a bug is for that dev. An issue with a game, that effects a player, in  an unplayable way, or for any reason at all, or is just something that is a possible mistake/glitch, or time constraint, issue, goes under the umbrella term bug.  I think your taking it as a negative. We don't know what is a time, choice, or playing issue,  which is why people let the dev know. It's not a bad thing.

The way I define "bug" is that it has to actually negatively impact gameplay. I'd prefer to call it a "glitch" because we talk about benign glitches all the time, but the term "bug" seems inherently bad to me, like it bugs you. I realize that people define these terms in different ways, but I don't see why it should be dev-specific.

That said, there was an actual bug in the game, and I'll admit I behaved horribly in this comment section and made only feeble attempts to rectify it. I'm not deleting anything because I need to take responsibility for it, but I apologize that you have to read those comments.

I promise people are not being negative, I believe it is strictly because colorbomb said this is a game made to hone their skills. So I think people are just giving a heads up about totally minor things just to let him know.

Ahh, so great vibe of an old escape room game.
Great one, thank you. Waiting for more. 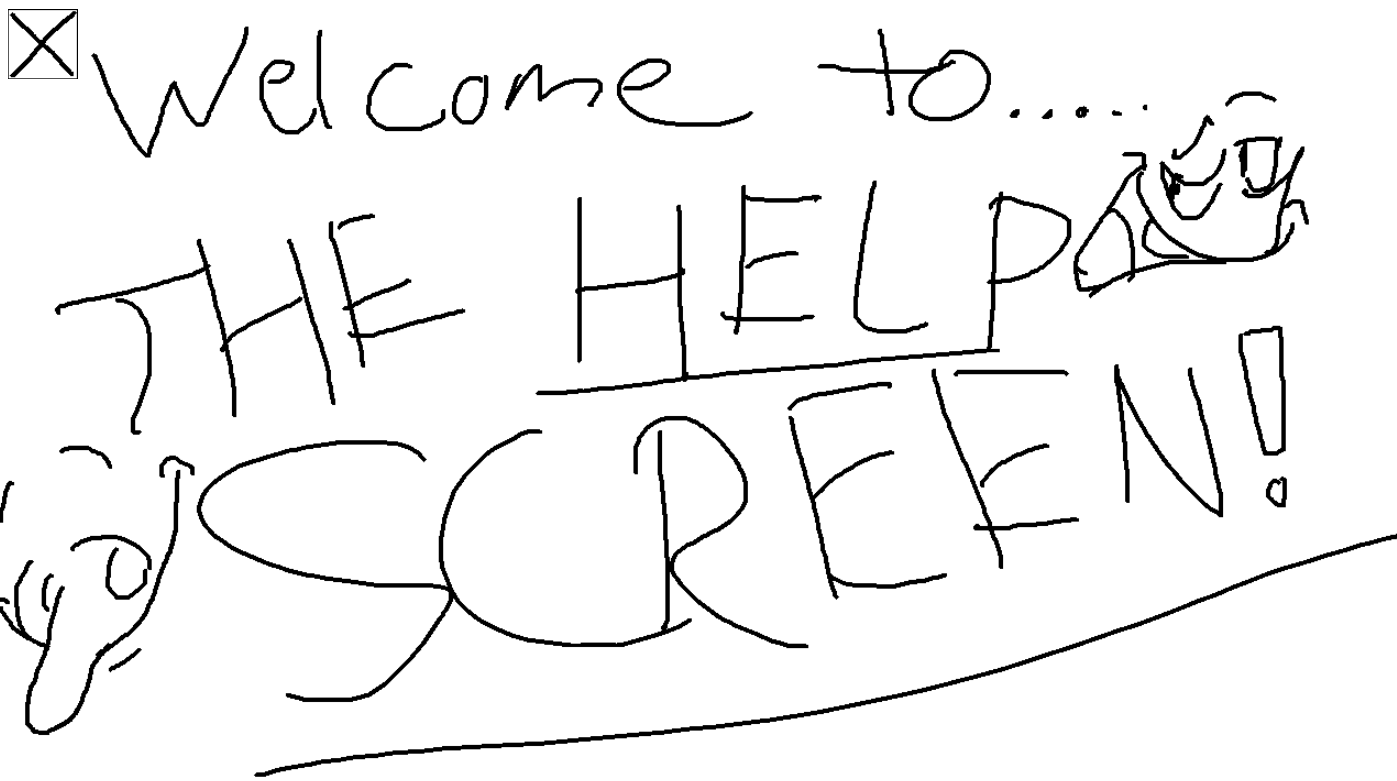 I found a “visual bug”: I have already used the magnet and had a view where the magnet is still there... By the way, there was another inconsistency  with the place of the number on the side of the cupboard under the sink, but it has been also corrected ;) 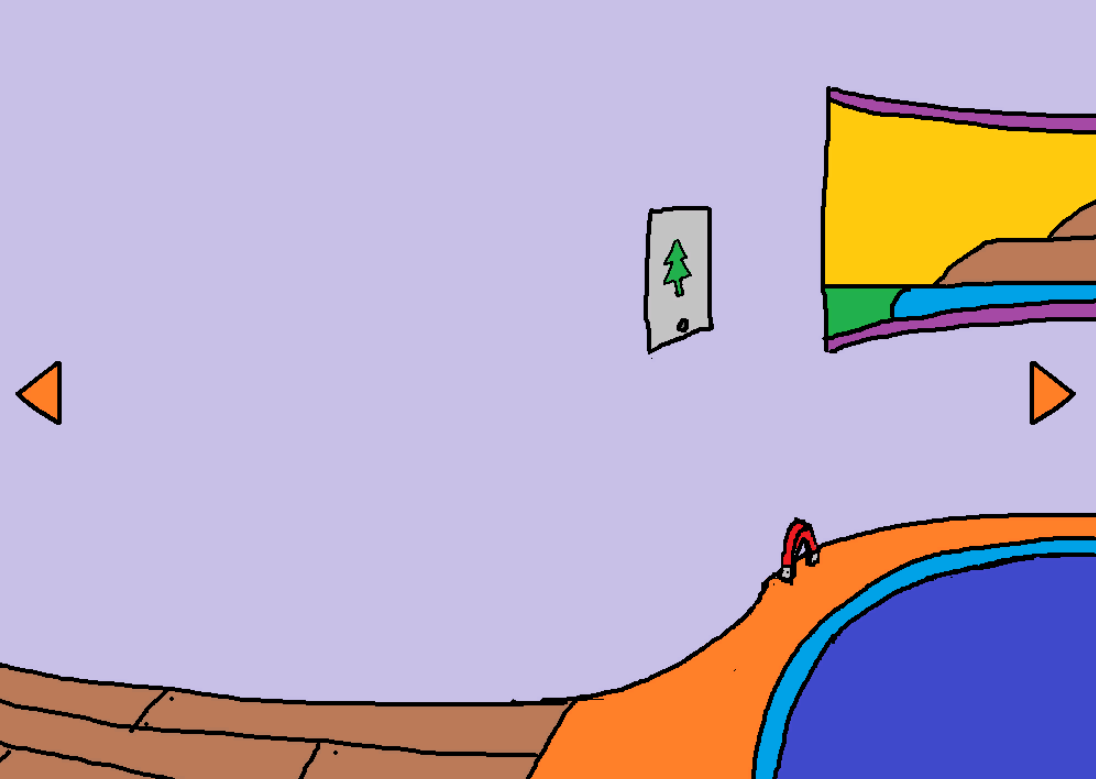 General views not being altered to show an item being absent aren't "bugs," it just didn't occur to them to alter that view. It's not an example of the game code not working as intended, and it doesn't affect gameplay or the flow of logic. It's something that could be improved, but much lower priority than a "bug."

Edit: I assumed that they hadn't created a side view with the magnet missing because it slipped their mind, but they actually had. You can see it update properly if you look at the side view before taking the magnet. So that actually is a bug, sorry.

sundial puzzle borked as well know. ( hand rises up, but doesn't shown in the close-up.)

Sorry, I previously didn't understand this issue because I didn't get it the first time playing. But I just tested and it's a legitimate issue. [Redacted]

I believe replaying up to that point and looking at the detail window of the sundial face before solving the lamp puzzle will rectify the problem.

if it doesn't work yet, try looking around more : you're probably missing a piece of the puzzle !

looks like a bug is preventing a piece of the puzzle from appearing.

I didn't get a bug, but that puzzle is "clue-proofed," meaning the game forces you to find a clue you don't really need before the correct input will work. It's a very hard-to-find clue too, I really would have used a different puzzle flow.

Edit: The sundial problem does affect this, see my other reply. 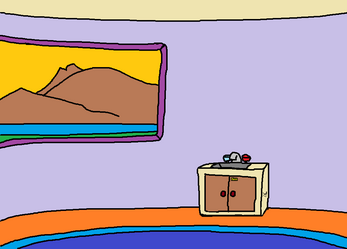 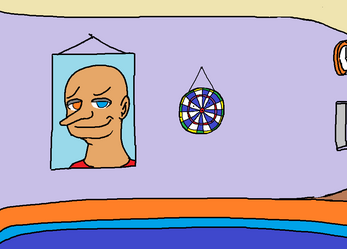 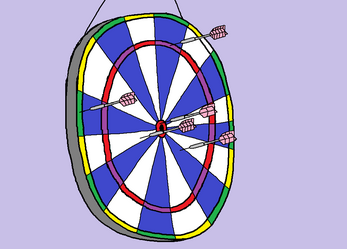 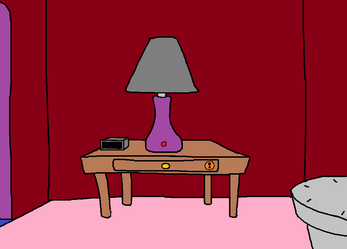